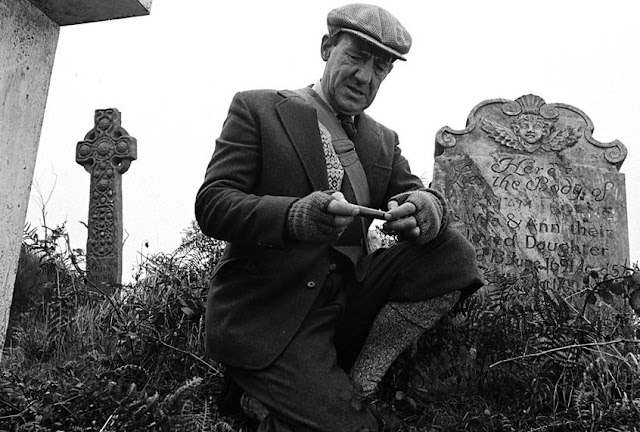 Coherence would make a good double feature with The Invitation. Both deal with dinner parties that turn weird and deadly to the good looking Los Angelinos in attendance, though Coherence is more of a mind fuck than The Invitation was, and veers more into science fiction than horror. (Ultimately, I think The Invitation is the better movie)

The cast is largely unknown, save for Nicholas Brendon, if anyone was wondering what he had been up to since the end of Buffy the Vampire Slayer (aside from, uh, getting arrested and stuff). He plays a character that's basically himself, which adds an even extra level of meta-comedy to the whole thing, once the premise of the film reveals itself...let's just say, will the real Nicholas Brendon please stand up?

Also, if you plan on watching this one, I'd wait until after the Election. 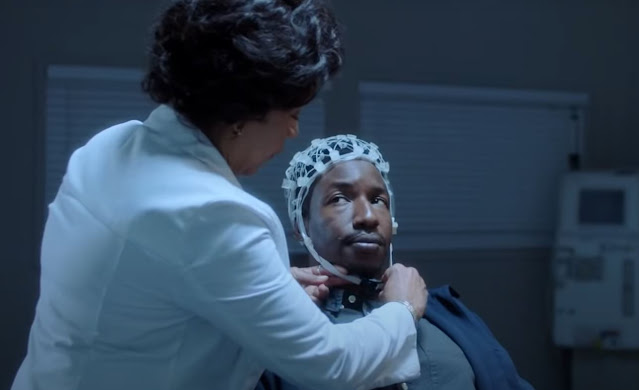 Black Box is another Blumhouse Production which premiered on Amazon this month, and I liked it a fair bit more than I did the previously reviewed Evil Eye, even if it feels a bit like a Black Mirror episode you might criticize for being too long.

The main draw for me was lead actor Mamoudou Athie, whose performances I've enjoyed in every film I've seen him in, (particularly Patti Cakes and Uncorked), and this one was no exception. Here he plays a young husband and father who survives a car crash that kills his wife, and leaves him with amnesia and short term memory loss that is making it hard to work, and parent. When he's offered experimental treatment to restore his memory, he reluctantly accepts, and...well. This is a Blumhouse picture. Things don't go so well.

The parts centered on identity are better than the parts with the "scary monster," which I won't give away, but if you've seen any horror movie in the past 20 years, particularly anything from Japan, it's far from novel...

Shudder is currently streaming a four hour documentary on 1980's horror films called In Search of Darkness, and really, it's less of a documentary than it is a horror movie version of those VH-1 I Love the [Pop Culture Era/Thing] shows that ran in the early aughts.

In the "doc," each year is represented, with horror fans and creators talking about key horror films released in that given year, and for the year 1981, The Burning is one of the films talked about fondly as a precursor to Friday the 13th, with effects make-up by Tom Savini, and a cast that includes Jason Alexander, Fisher Stevens, and the guy who played "Ratner" in Fast Times at Ridgemont High.

And sure, it's a hoot seeing George Costanza as a "teenager," but in all, the movie is just OK. I didn't think it did anything better than many of the slasher movies that came after it, but I guess it deserves props for doing some things first.

Strangely, it's not readily available to stream or rent, even on DVD, but there is a pretty good print available on YouTube, which is how I watched it. It's embedded below.

The Seventh Victim, another Val Lewton production, doesn't deal with the supernatural as many of his films did. Instead, nihilism--in the form of a group of upper crust satanists--is the monster.

Needless to say, its New York setting, and satanists who are not what you would consider an exciting group of people, immediately made me think of Rosemary's Baby. I've no doubt a young Roman Castevet and Abe Sapirstein are lingering in the background of that party scene. There's also a moment in a shower that is a clear predecessor to another famous horror movie shower scene you may be familiar with.

The movie is a bit if a slow burn, and at times narratively confusing. But it builds up to an ending that is quiet, and yet immensely shocking for its time.

The Seventh Victim is available to rent on Vudu.

After the trauma of Martyrs I needed a return to silly horror, and Dolls was just the ticket. Made in 1987, it's a much more straight-forward comedy than director Stuart Gordon's previous two films, From Beyond and Re-Animator, due in large part to the performance of Stephen Lee as Ralph. (Sadly he died in 2014 at age 58 of a heart attack.)

Several years ago a friend and I came up with a concept for a killer doll movie that's so good I don't want to even share the premise here lest someone STEAL IT. Thankfully, Dolls, aside from the, you know, killer doll aspect, doesn't have much in common with our idea, just like Chucky, which came out a few years after Dolls, can't be accused of stealing from Dolls. I'm sure.

Casting note: the creepy lady in the mansion is played by Hilary Mason, and she also played the creepy blind lady in Don't Look Now. 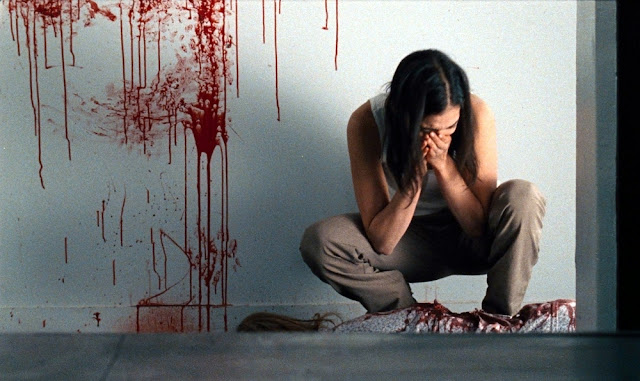 The only thing I new about Ganja & Hess going into it is that it was the only other movie Night of the Living Dead star Duane Jones had a lead role in, and that it was also known as Double Possession, because the above ad for it is in The Psychotronic Encyclopedia of Film.

But what really blew my mind was finding out Spike Lee remade the film as Da Sweet Blood of Jesus just five years ago, and I had NEVER HEARD of that movie! How is it possible Spike Lee made a Kickstarter-funded remake of a low-budget art house/black exploitation/vampire movie, and I had never, ever heard about it?

Well, I ended up watching both, and I think it's a worthy double feature. Ganja & Hess is very low budget, and very arty, and at times, it's kind of hard to completely follow what's going on. Spike Lee's version has some almost shot-by-shot replications, and uses much of the original dialogue (Bill Gunn, writer and director of Ganja & Hess, even gets a co-writing credit), but it's much more straight forward in its storytelling. In some ways. Lee's version is an improvement. But there are some moments in Ganja & Hess that are just so original and odd (I'm thinking of a moment in a tree), that the original version just can't be beat.

Ganja & Hess is currently streaming on the Criterion Channel. Da Sweet Blood of Jesus is available on Amazon Prime. 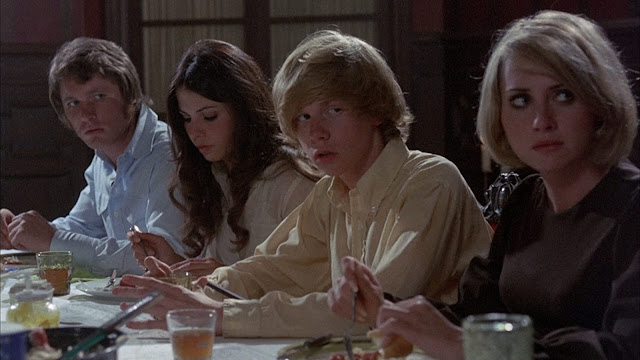 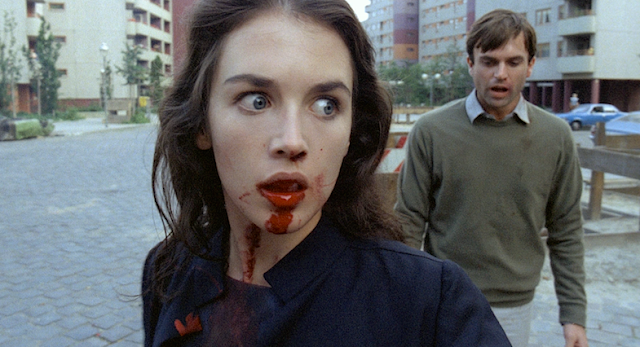