The Game of Life Is Hard To Play 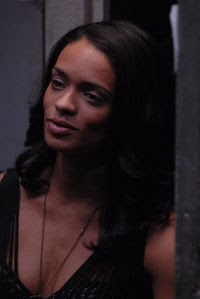 I took a short-format screenwriting class in college many years ago, which was a great class, not because I learned much from it, but because it made me realize I never ever want to write a screenplay again in my life. (It didn't help that one of the T.A.s in the class had this to say about my first draft, "Well...it's not like you want to be a writer or anything, right?", the assumption being it was so bad it wasn't even worth criticizing because it wasn't like I had the potential to be a good writer anyway. Thanks for that!)

The other thing it taught me is that suicides in screenplays are often the work of lazy screenwriters, much like the use of the "It was all a dream" fake out ending. One guy in the class, who had obviously seen too many Tarantino movies, and Tarantino-inspired movies, had a violence-ridden screenplay about a guy with gambling debts whose family is threatened unless he pays off the money to the loan sharks he borrowed it from. He goes to Vegas, miraculously wins back all he owes, and then some. So he triumphantly leaves Vegas, and on the drive back home, he pulls over on the side of the highway and blows his brains out. The End.

Immediately everyone in the class, including the teacher, let out the equivalent of a collective "WTF?" The writer was adamant that that ending just illustrated the futility of the guy's life; that even if he had paid off his debts this time, he was still a degenerate gambler, and therefore he might as well kill himself. Most of us weren't buying it, instead thinking that the writer just didn't know how to end his (rather derivative) story, and went for a shock instead. So every time I see a "shocking" suicide in a movie or TV show, I immediately flash back to that class and think, "Yeah. They just ran out of ideas."

I bring this up because that's what I immediately thought when Dualla put the gun to her head in Friday's episode of "Battlestar Galactica." Yes, I was shocked when she did it, but the first reaction was, "Well, that's a convenient way to get rid of a character almost nobody liked." And my second reaction was...tears. 'Cause it really did sadden me. I saw what they were trying to do with her death. But having someone who had for so long been a character that believed in hope, and wasn't a drunken cynic, realize that a happy date with her estranged husband was probably going to be the only happy moment she'd have for a long time, and perhaps forever, take her own life, well, that's pretty dark even for "BSG." I just don't know if they needed to do it.

It's pretty obvious--heavy-handidly obvious, from all the extras sitting around crying, or fighting, or drunk in the halls--that the discovery of a decimated Earth hasn't exactly filled people with joy. But did they really need to have a seemingly happy person blow her brains out to hammer that point home?

But, in the end, it doesn't bother me all that much. It did have an emotional affect on me, and perhaps that's all that matters. And it certainly affected me more than the revelation that Ellen is the Fifth cylon. About all I could muster in reaction to that was, "Huh...Whatever."
Posted by Rain at 4:15 PM

I was surprised, too, but I wasn't moved by it at all. It just seemed like a parody of itself, The Darkest Show On Television Because That Means Its Deep And Relevant.

"How do we show 'despair?'"
"Happy moment followed by shocking twist."
"But didn't we just do that exact same thing with the jubilation and coat-flinging followed by landing on Earth?"
"Yeah, but this'll be different." "Okay, who?"
"Doesn't matter. But it should be somebody really happy and sweet because the contrast means BIG DRAMA."
"Doesn't that seem a little obvious?"
"YOU ARE NOT TO QUESTION ME."

I was willing to give them the benefit of the doubt until I read the interview in the Chicago Tribune which makes it sound like that's pretty much exactly what happened.

Yep, it's like Buffy told Dawn before she jumped, "The hardest thing in this world is to live in it." I guess that's even more true when your hope at finding a new world to inhabit has been dashed. Or that's what they want you to feel. I agree with what you write but I have to admit, it worked on me, I think because I didn't really find their discovery of a nuked and inhabitable Earth all that depressing for some reason. And my reaction to Helen being the 5th cylon was much the same, like, "huh...okay, off to bed."

So what the hell does that make Starbuck??

You know, I kind of had the same reaction to the discovery of earth. I thought the reveal at the end of the last season was really effective, but I didn't really think ahead that it would be THAT devastating to everyone else. Perhaps I'm more of an optimist than I give myself credit for because I just immediately thought, well, they're just back where they started, which is to look for an inhabitable planet. Frak Earth.

I liked it (the episode itself, not the on-camera suicide), and am pleased that they're not afraid to wander into wild-and-wooly metaphysical terrain.