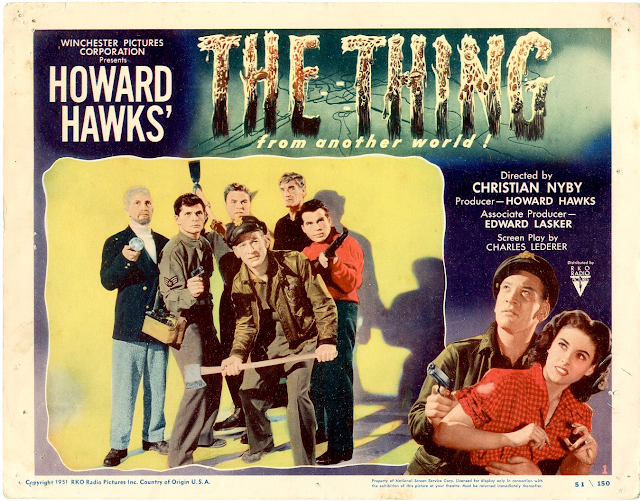 There aren't a lot of remakes that are better, or at least just as good as the originals, but I think John Carpenter's 1982 The Thing and the 1951 Howard Hawks produced The Thing From Another World are the rare exception to this rule. They're both terrific. (I'm going to pretend the dumb 2011 remake, that was also somehow a prequel, doesn't exist.)