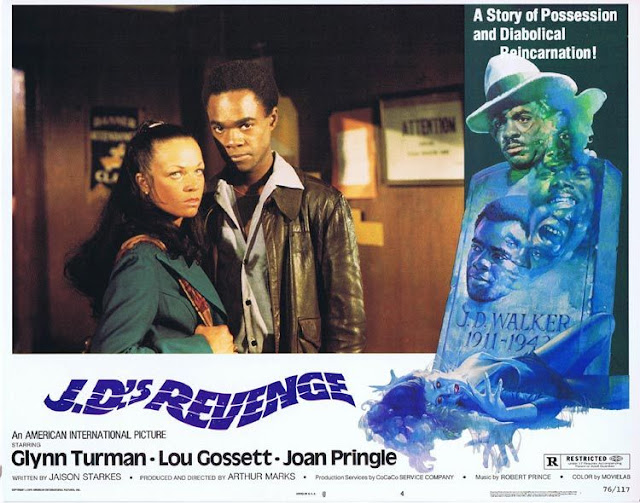 Today's offering is J.D.'s Revenge, airing late tonight at 12:30AM on Comet. It's a blaxploitation/horror movie about a college student who is possessed by the spirit of a 1930s gangster.  Glynn Turman and Louis Gossett star.

Interestingly, The Psychotronic Encyclopedia of Film (my bible) claims Prince sings a song in it, but that's a mistake. Someone named Robert Prince does the soundtrack, and he sure as hell ain't Prince Rogers Nelson.

That said, trailer makes it look like a hoot and a holler.