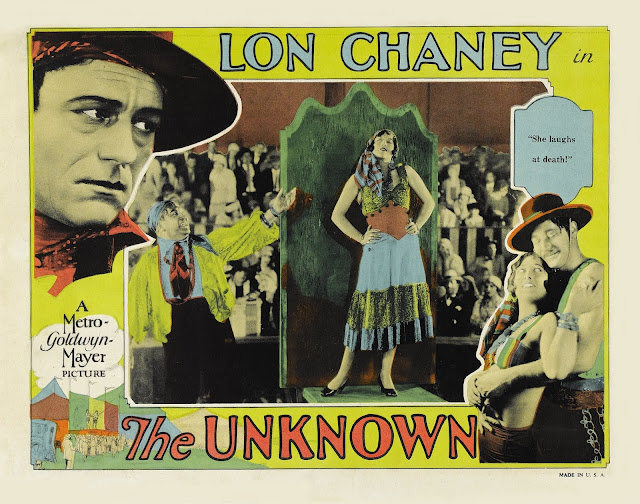 Wednesdays this month on Turner Classic Movies are Horror Stars night, and tonight's featured star is the king of silent horror, Lon Chaney.

The marathon will include the following films:

All of the above feature amazing performances from Chaney, but I'm going to single out The Unknown as the one to watch just because its bizarro plot about a circus performer (Joan Crawford) who hates to be touched by men falling in love with an armless knife thrower (Lon Chaney) is ripe for a remake just about now...