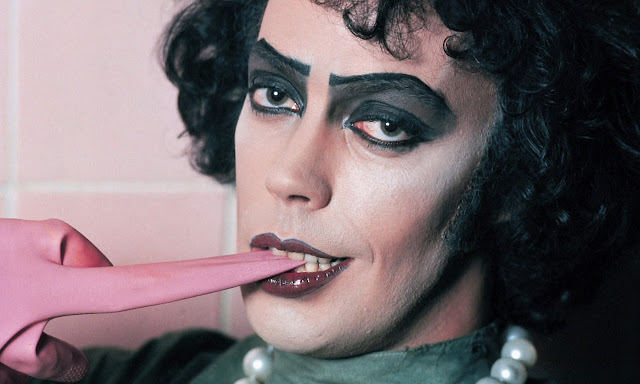 The Rocky Horror Picture Show was a big part of Halloween--and really, just general fun--in my early teens. My friends and I went to see it dozens of times--at midnight!--over the years, which I find kind of amazing, looking back on it. I never dressed up, but we always talked back to the screen, making our own movie, in a sense, and really that was the biggest appeal because, let's face it, The Rocky Horror Picture Show is not exactly....good.

Which isn't to say it isn't enjoyable! I'll never argue with anyone who loves it or says it played a major part in who they grew up to be. I just know that if you take away the audience interaction, it isn't nearly as much fun.

Which is why I have serious doubts about Fox's new version. Laverne Cox is taking on the Frank N. Furter role, which is definitely a very inspired choice, but we all have to agree, no one will ever be able to replicate the inexplicable sexiness of Tim Curry's portrayal, right?

Watch it 8PM on Fox.