Every year I have to include two non-movie selections. This first is, of course, It's the Great Pumpkin, Charlie Brown which is on ABC at 8PM.

But, in some ways, it is kind of a horror movie, if you consider the fact that Linus is a complete nut case, luring children to a pumpkin patch in the dead of night to sacrifice them to a pagan god called The Great Pumpkin.

I mean, just look at his eyes! 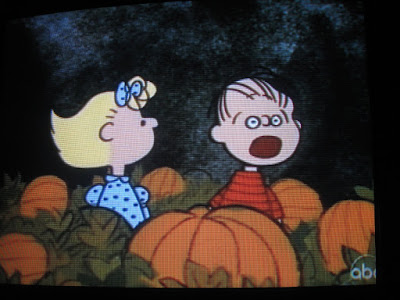 It's followed by Toy Story of Terror at 8:30PM, which is worth watching for this moment alone.