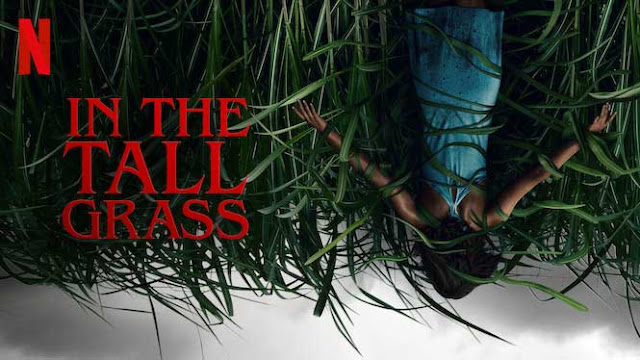 In the Tall Grass, based on a novella written by Stephen King and his son, Joe Hill, premiered on Netflix on Friday, and it's...well, it's not as bad as some of the other crap available on Netflix.

It starts off immediately, with no real build up, finding a pregnant woman and her brother venturing into a huge field of tall grass to rescue a child who is calling for help. At a little over 90 minutes, it also doesn't waste a lot of time getting to the horror. There are some scares to be had, for sure, and as tends to be the case with any good Stephen King story, you want to keep reading/watching because you really want to see what happens next, even if the story itself is...kind of dumb. Alas, as also tends to be the case with many Stephen King stories, the ending is not as strong as the buildup. But at least the ride there has its memorable moments.

It's not the best Stephen King adaptation, but it's definitely not the worst, and Halloween wouldn't be Halloween without at least SOME Stephen King in your October repertoire.