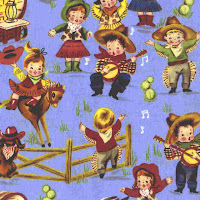 Thank goodness for leap year, because without that extra day, I don't think I would have gotten this round-up before my self-imposed deadline!

I have to say, January was a pretty good month, mainly because I had a birthday and celebrated it at Disneyland. That instantly makes any month pretty awesome. As for the other stuff...

Movies Seen: Eleven, with two in a theater. Those two were "There Will Be Blood," and "Cloverfield." I've mentioned I liked "TWBB," and that extends past its "milkshake" line--although that line is paired up with what I thought was a really jaw-dropping ending. I went into it thinking I'd have a hard time with Daniel Day Lewis's acting, as I tend to (I pretty much hated him in "Gangs of New York"), but he really didn't bother me at all. Maybe because he was just so out there. And it lead to some funny parodies. (See a few posts below.)

As for "Cloverfield" I liked it a lot when I saw it, but had pretty much forgotten I had even seen it until I started to look at my movie list for January. Perhaps that doesn't mean anything...perhaps it does. I will say I'm glad I saw it in a theater because some of the glimpses of the monster are so fleeting I imagine I'd completely miss those moments on DVD. Of course DVD has the added bonus of freeze framing and re-winding, and I already know I have to see it again because I missed a significant shot at the very end of the film. That's what I get for not reading any kind of reviews beforehand for fear of spoilers.

As for the stinkers, I'd have to say "Sunshine" was the stinkiest of the lot. It started out OK but really went off the rails at the end, which rendered the whole thing completely pointless and dumb. "Solaris" it aint.

Books Read: Four. One was the last book in the "His Dark Materials" trilogy, which I spoke of last month, ("The Amber Spyglass"). I thought it was the weakest of the three books. It's quite long, and the heroine is out of the picture for much of the beginning, which makes it hard to get into. But I'm still glad I read 'em. The best book was Steve Martin's "Born Standing Up," which I basically read in one evening. Not because it's short (which I guess it is) but because I just didn't want to stop reading it. It was that enjoyable. I don't think it would be quite as fascinating to anyone who is not a fan. But for anyone who listened to his comedy albums in the '70s, and/or joined his fan club (yeah, I did!), it's a must read.

Fancy Dinners Out: Five. Whoa! And I wonder where my money goes. One was Zuni, and I hadn't been there in years. It's still quite good. Chez Papa was the only restaurant where I was able to take advantage of the Dine About Town deal, and it was mighty tasty. I think they do a fixed prize menu for a few hours nightly, though, so it wasn't that much of a novelty. The best meal was probably at Bix. Man. I love that place. And I love that it's been basically the same since the late 80s early 90s when I first started going there. It's far from cheap, though. The potato pillows, an appetizer consisting of something resembling the tastiest tater tot ever, dolloped with creme fraiche and caviar, runs 16 bucks for four. And they're pretty small. But they are SOOO GOOD. My porkchop was heavenly, and I had a chocolate brioche bread pudding for dessert that I want to take a bath in. Tasty birthday dinners were also had at the old stand-by La Traviata and Steakhouse 55 at the Disneyland Hotel. Shoot. Now I'm hungry.

Live Shows Seen: Another evening with the Rifftrax crew. This time is was "Plan 9 From Outer Space" at the Castro. It's a movie made for riffing, but because of that, it's also kind of a movie that doesn't need the riffing. It's hilarious on its own. I did enjoy the show, but I think I probably laughed more at the "Daredevil" and "Over the Top" shows.

This week's Streets of San Fauxcisco post is now up on the SFGate Culture Blog! 'Cause you can never get enough gratuitous shots of cable cars.
Posted by Rain at 11:02 AM No comments:

In case you missed it, here's Amy Sedaris's appearance on Letterman from last week. Be sure to watch the whole thing so you can hear her talk about her (imaginary) pet monkey. I'm thinking of getting one of my own...

I've got a post about this weekend's WonderCon over on the SFGate Culture Blog, and this week's reality TV locals post is up on SFist. Warning: Bullet points ahead!

It was quite the pop culture weekend, what with the WonderCon and the Oscars, and therefore kind of exhausting. I don't really have much to say about those Oscars, apart from the fact that I did horribly with my predictions. I got movie, director, actor, supporting actor, screenplays, and a few of the smaller awards, but failed miserably on most of the others. I also wasn't too impressed by the hair-dos on most of the gals. So many of them had this messy hair pulled back, but the front all dangly and messy thing going on that just looked like what your average housewife does to her hair when she's getting read to clean the house. I say either go pulled back and slick and neat, or leave the hair down with some nice waves. (I haven't the energy to link to any photos, but just check out some of the Oscar fashion highlights anywhere else, and you'll see what I mean.)

Also, the most exciting aspect of the evening was waiting to see if someone would totally fall on their face slipping on that apparently greased section of the Oscar stage.
Posted by Rain at 12:34 PM 2 comments:

And the Oscar Goes To...

And an honorary award goes to Conan O'Brien, for this "No Country For Old Men" bit.


Edited to add: NBC took down the YouTube clips for both of these, so I had to go with Hulu. Sorry about the annoying ads in the clips.
Posted by Rain at 9:29 PM No comments:

It's a Shakespeare's Sonnet!

This week's Tube Tops post is now up on the SFGate Culture Blog! And it deserves an Oscar!
Posted by Rain at 12:00 PM No comments:

The Triumphant Return of the San Francisco Register

This week's Streets of San Fauxcisco post is now up on the SFGate Culture Blog!

I want to publish a real version of the San Francisco Register that only includes fake news stories from TV shows and movies that it appears in. Who's with me?
Posted by Rain at 2:04 PM No comments:

I Wish George Clooney Would Dig Around in My Crawlspace

If you know what I mean (and I think you do).

There's a cover story about George Clooney in Time Magazine, and the interview is by Joel Stein (who I kind of hate, but also kind of like). The article is pretty good, but the best part is when an alarm goes off during dinner (the interview was conducted at Stein's house) and Clooney decides to investigate. You can see video of that here.

Seriously, could the guy BE any more perfect?

You can also see Clooney's Oscar picks in them major categories here. I'd say his picks seem to be pretty much on the money, but that would just be stating the obvious. He's George Clooney. Of course he's gonna them all right.
Posted by Rain at 12:32 PM No comments:

Rami Saw It Hanging In the Window and Couldn't Resist

This week's reality TV locals post is now up on SFis!

Warning: Insipid passion ahead!
Posted by Rain at 12:32 PM No comments:

It's a Bendel Bonnet!

This week's Tube Tops post is now up on the SFGate Culture Blog! And it's smiling with its eyes!
Posted by Rain at 11:59 AM No comments:

So, the Oscars are next Sunday, and I'm having a bit of a hard time coming up with an Oscar menu. It doesn't help that I've only seen two of the movies nominated for Best Picture, (those two being "There Will Be Blood" and "No Country For Old Men." The other movies nominated are "Michael Clayton," "Juno," and "Atonement"). I'm hoping to see "Michael Clayton" and "Juno" before next weekend, but for those who have seen the them all (or any), are there any good food moments in any of those movies? So far all I've got on the menu is a serving of milkshakes, thanks to "There Will Be Blood." (See below. And let me tell you I am loving the movie even more than I already do because of that.)

This week's Streets of San Fauxcisco post is now up on the SFGateCulture Blog! And it includes singing and dancing!
Posted by Rain at 1:48 PM 1 comment: 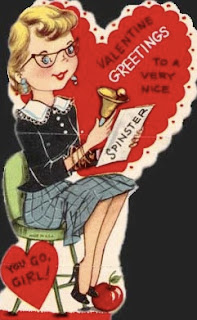 Email ThisBlogThis!Share to TwitterShare to FacebookShare to Pinterest
Labels: holidays

Warning: Extreme tackiness ahead.
Posted by Rain at 11:22 AM No comments:

It's a Melody From a Symphony By Strauss!

This week's "Tube Tops" post is now up on the SFGate Culture Blog!

I've got a new "Streets of San Fauxcisco" post up on the SFGate Culture Blog! 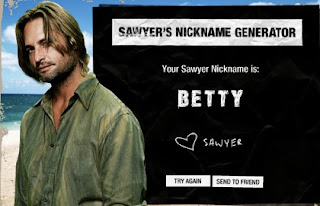 Here's something almost clever from the official "Lost" Web site: a Sawyer Nickname Generator. Answer a few questions about youself, and it'll spit out Sawyer's official nickname for you. Mine was "Betty," which, all nicknames considered, wasn't that bad. Try it! And tell me your nickname!
Posted by Rain at 12:42 PM 7 comments:

Email ThisBlogThis!Share to TwitterShare to FacebookShare to Pinterest
Labels: Lost

That's French for "Super Fat Tuesday," you know. That means today you should get really drunk, go vote, and then yell at the polling place person to show you her/his tits.

Or maybe you should save the getting drunk part for after voting. But whatever you do, VOTE!
Posted by Rain at 9:35 AM No comments:

If You Want to Sell Something, Put Screaming Animals In the Ad

My take on the Superbowl commercials is now up on SFist, complete with YouTube clips and links galore. I watched all the ads so you wouldn't have to!

Also, my weekly Tube Tops post is up on the SFGate Culture Blog, although I guess if you want to see the caricature that goes along with it, you'll just have to buy the Sunday paper...
Posted by Rain at 9:11 PM No comments: