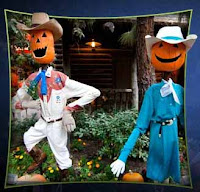 Christmas is fast approaching, but it seems like October was just yesterday. Seriously!

But I can't dwell on that. I've got Thanksgiving food to continue to digest, and a holiday to plan. On with it!

Movies Seen: Fourteen, with five in a theater. Here are links to my reviews of those five films.

Of the DVDs I watched, I think I most enjoyed the latest adaptation of "Jane Eyre," this one starring Michael Fassbender and Mia Wasikowska. And I probably least enjoyed "A Little Help," which was just a meandering and meaningless mess.

"The Internet Is a Playground," by David Thorne. (No review, but if you want to read the best parts of this book, just go to the guys site here.)
"My Boyfriend Wrote a Book About Me," by Hilary Winston
"This Is the Zodiac Speaking," by Michael D. Kelleher and David Van Nuys
"Popular Crime," by Bill James
"A Stolen Life," by Jaycee Dugard
"Record Collecting for Girls," by Courtney E. Smith

Fancy Dinners Out: Nothing too fancy this month. Had tea at Lovejoy's, (I think I prefer Crown & Crumpet), and dinner at Garcon, a small french restaurant in the Mission. Ate at the bar. Had a steak. It was good, if served a little on the cold side.

Live Shows Seen: Actually did make it to one show, the Dukes of Hamburg at Bottom of the Hill, as part of the Budget Rock Showcase. Hadn't seen them in some years, and it was as fun as always.

Shoes Bought: One pair, these American Rag t-strap pumps, which were on sale at Macy's. I love the color, and they have a hidden platform, giving height without the obvious look of a platform heel.
Posted by Rain at 7:04 PM No comments:

A few years back I wrote a series of posts called "State of TV," which basically took a look at my viewing habits for every day of the week, post the premiere of the Fall TV season.

This year, I've done something similar for the San Francisco Appeal, taking a day-by-day look at how the new batch of TV shows are faring, and by "faring" I mean whether or not I am still watching them, and what I think of them.

So go check those posts out, won't you?

Appealing TV: You Won't Give a Damn By Wednesday Week

Appealing TV: Thursday Has Its Own Peculiar Way

Appealing TV: Gotta Get Down On Friday