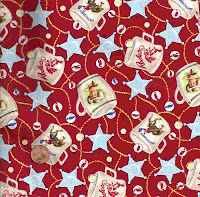 Movies Seen: Eleven, with one in a theater. That one was a second viewing of "Wall-e," and I didn't cry as much this second time, but I did cry a little, and felt the movie held up quite well to a second viewing. The best of the DVDs was "Control," the biopic about Joy Division singer Ian Curtis. I'm not a huge Joy Division fan--I really love some of their songs, but think others just sound like Curtis is doing a bad Jim Morrison impersonation. So, I didn't know a lot about the band going into the movie, but based on the footage of the band I've seen, I think Sam Riley did a really amazing job as Ian Curtis, capturing his voice and herky jerky movements perfectly. Most of the concert scenes in the film feature the actors in the band and Riley performing the songs themselves, and it's impressive. The movie itself doesn't really bring anything new to the rock star bio genre, but the performances help it rise above the mediocre. (If you want a less depressing look at the Manchester music scene, then "24 Hour Party People" is the movie for you.)

As for the worst movies, I'd say "The Mist" would have to fill that spot, just because it was such a disappointment. It's not a bad movie, really, but it just doesn't measure up to expectations, and the ending truly pissed me off...

Books Read: None! For shame! Well, I should qualify that by saying I didn't finish any books, but I did start three. But when I went on vacation to Palm Springs, I brought a book, and about a dozen magazines that had been piling up. I ended up reading all the magazines and not cracking that book a once. So, I kind of read the equivalent of at least one book in Vanity Fair and Esquire articles...

Fancy Dinners Out: Three. Two were in Palm Springs. The first was at a place called The Falls, and their claim to fame is serving cocktails with bits of dry ice in the drinks, so they smoke. I'm not sure if this is technically toxic, but who cares, it looks cool! Unfortunately, we went in there because they had mac and cheese on the menu, but after we ordered we were informed that they were out of it. Even though the place was practically empty. Doh! But we satisfied our mac and cheese cravings the next night at dinner at Citron in the Viceroy. It was fab. In fact, I had such faith in the restaurant that I ordered gazpacho. I don't normally like soup, let alone cold soup, but something told me this one would be an exception, and it was. It came with a seared scallop on top (love!) and a side of garlic toast for dippin'. It was awesome, even if they forgot to put the scallop on top and had to bring it out on a separate plate. Oh, and the mac and cheese was pretty good, too.

The third was only mildly fancy, at Hyde Street Seafood House. It was tasty, but they don't have a full bar, so no matter how it good it was, it would have been better with a cocktail or two.

Live Shows Seen: None. But I went on vacation, and there was plenty of entertainment to be found in just staring at the palm trees, the scary tans, and fake boobs that were around the pool on a daily basis.

Shoes Bought: None. But I made up for that in August, don't worry.

And a final postscript: On July 31st, this blog turned four years old. I'm not sure why, but it slipped my mind at the time, and I didn't give it a celebratory post, so I figured I'd mention it here. How time does fly...
Posted by Rain at 10:00 PM No comments:

And now I must get back to my day of not leaving my couch. Woo!
Posted by Rain at 1:00 PM No comments:

It's a little late to be telling you to watch "The Middleman" as I think there are only two more episodes left in the season, and it hasn't been renewed yet. (It hasn't been canceled either, so there's still hope.) I didn't really warm to it at first, but it has since grown on me because it is unashamedly goofy, I really like the female lead, and, most importantly, they use the Wilhelm Scream in every episode.

By far the best use came last week, in an episode about a ventriloquist's dummy possessed by the spirt of Vlad Tepes. Wendy Watson (AKA Dub Dub) fights off some ventriloquists, and...well...just listen for it in this clip.

I really want a compilation of all the Wilhelms heard this season. Someone get on that, k?

Also, I discovered a bad rap song called "That Calls For a Wilhelm Scream" that I can't help but love.

This week's Tube Tops is now up on the SFGate Culture Blog! Now with video!
Posted by Rain at 11:52 AM No comments:

I watched the 1966 film "Lord Love a Duck" this weekend, as it has been sitting in my TiVo for a while. I recorded it just because I love Tuesday Weld, so I didn't really know what to expect from it.

It is one weird, off-kilter movie. The tone is just plain bizarre, going from comedy to tragedy in the course of single scenes, and the plot, such as it is, is equally odd. Roddy McDowell, who was in his thirties at the time of filming, plays a high school senior who decides to make the every wish of new-girl in school Tuesday Weld come true. What he ends up doing for the girl runs from the mundane to the life-altering; I think McDowell may be playing Satan, but I can't be sure. One of the things Tuesday wants is twelve cashmere sweaters so she can be admitted into an exclusive clique in school. Roddy convinces her to get her absentee father to foot the bill for the sweaters, so the two of them go shopping. Yes, in the scene below, that man is her father.

I told you it was a weird movie. I wish it was better, so I could actually recommend it, but it's worth recording and leaving on your TiVo for watching when you're not feeling well and all your Netflix DVDs have been viewed.
Posted by Rain at 5:56 PM No comments:

It's a Hot Tamale!

What Do They Except Me To Do? Read or Something? 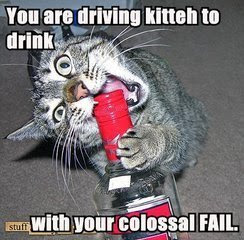 Unless Netflix gets its shit together by Friday I'm not going to have any new movies to watch this weekend. Granted, I did get one movie from them on Tuesday, just before their massive FAIL, but I was bored last night and already watched it. It would be a perfect time to watch one of the movies in my queue that is available as a "Watch Now" download, except that Netflix has yet to offer that service for Macs.

I did learn that most movies offered as instant downloads on Netflix are also available as download rentals via Amazon's "Unbox" feature, but it ain't free. It's 3.99 a pop, and the downloads are SLOOOOW....Hasn't stopped me from getting one movie, though, just in case.

I predict local video stores are going to have a big weekend...
Posted by Rain at 6:52 PM No comments:

It's a Dance in Bali!

Due to technical difficulties, yesterday's Tube Tops didn't post until today. But it's up now on the SFGate Culture Blog!

In other news, I watched a really awesome bad movie yesterday called "Doomsday." It's a blatant rip-off of "Escape from New York," "Aliens," "28 Days Later," "The Road Warrior," "Gladiator," "Resident Evil," with a little "Excalibur" thrown in for good measure. I'm sure there are some other films it steals from in there too, but those are the most blatant. It's like they put all those movies in a blender, hit "frappe," and this is what came out. I'm not saying it's good, but I sure enjoyed it...

It's the Nose on the Great Durante!