July was great. July was awesome. I miss July....

Movies Seen: Only six, with none in a theater. Vacation meant I spent a lot of time sitting by a pool reading, and not a lot of time watching DVDs. And none of the DVDs I did watch were really worth mentioning. Except to say that "Knowing" is as ridiculous as you suspected it might be the moment you heard it starred Nicolas Cage.

Books Read: Four. First up was "Alone in the Kitchen With an Eggplant," which was a gift from a friend. (Thanks, Chris!) It's a compilation of essays about food, and what people make when they are only cooking for themselves. Like most compilations, it had its highs and lows. My favorite was probably "Poisonous Eggs" by Jonathan Ames.

While in Palm Springs I read another Sookie Stackhouse book, the sixth in the series, called “Definitely Dead.” Charlaine Harris ended up being the author of choice for all of us on vacation, as both Michele and Jessica plowed through the first few books in the series. (Alas, the one I read was definitely--get it!--the worst one I've yet to read.)

Back at home I raced through "The Sleeping Lady” by Robert Graysmith. Graysmith is the guy who wrote that book about the Zodiac killer that was turned into the movie by David Fincher in which Jake Gyllenhaal played him. THIS book was also about a Bay Area serial killer, known as the Trailside Killer, who preyed on people primarily around Mt. Tamalpais. Weirdly, I had no memory of any that, even though it took place in the 80s, when I was certainly old enough to be aware of it, and, of course, scared to death. Probably for the best. The book is your usual bit of true crime writing. Nothing great, but still pretty engrossing.

Finally, I read "In Defense of Food” by Michael Pollan, the guy who wrote "The Omnivore's Dilemma." It covers a lot of the same ground, but is more of a "guide" than that other book, in that he goes into detail about what we can eat that will make both us and the planet healthier. If you're only going to read one of those books, "In Defense" is probably the way to go, just because it's a lot shorter, and a little more accessible.

Fancy Dinners Out: Six. Five of those were in Palm Springs. Let's talk about those first. We ate twice at Las Casuelas Terraza, a Mexican restaurant a block from our hotel. I had the same thing both times, a grilled chicken breast covered in a red sauce, sliced avocado and cheese. YUM.

Fancier was Citron, which is in the Viceroy hotel, a few blocks from where we were staying. While there, the waiter convinced me to get the halibut, instead of the side of mac and cheese I was going to get as my entree. I ended up getting both, and we all split the mac and cheese. But I should have stuck to my guns because the halibut was actually pretty dry, and the broccoli that surrounded it was flavorless. So, if you ever go there, skip the fish. Get the mac and cheese.

The Falls was another restaurant a block away, and they're famous for their large selection of martinis, all of which come bubbling and smoking with dry ice. Pretty fun. I can't even remember what I ate. Maybe a pork chop?

We thought about eating at Mr. Parker's in the Parker Hotel, but it is ridiculously expensive, and there were some less than stellar reviews on Yelp that scared us away. Instead we spent several hours at one of their bars. The bartender was awesome.

The Kaiser Grille, yet another restaurant a block from our hotel, was actually not that fancy, which is good, because it also wasn't that great. But it might have been the fact that it was boiling hot in there that made the food less-than-appetizing.

Finally, there was lunch at Circa59 in the Riviera Resort. I had some gazpacho, and it turned out to be exactly what I am afraid gazpacho will be whenever I see it on a menu: not a nice blended, cold, tomato soup, but instead a bowl of salsa. Do NOT serve me salsa in a bowl and tell me it's soup, because it ain't!

Last but not least was back in San Francisco, and a return to Town Hall. This time around I had the eggs, ham, toast, and jalapeno cream appetizer as my entree. And it was GOOOOOD.

Shoes Bought: Two pair. One pair of blue, pointy-toed flats from Target, which gave me wicked blisters when I wore them to shop at the Premium Outlets in Cabazon, during which I also bought a pair of Keds. Cheap!
Posted by Rain at 9:40 PM No comments: 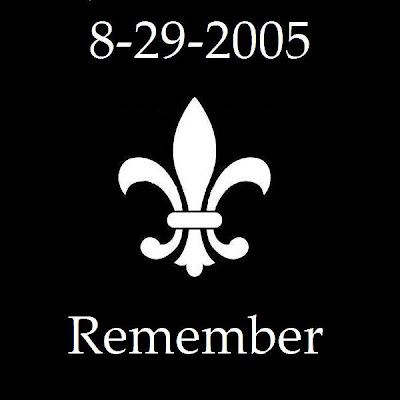 I See My Derriere Walking Away

They pretty much had me with the inclusion of George Clooney, and the fact that it looks funny. But then they throw that song in at the end. I am so there. (And by "so there" I mean might see it in a theater, but if not will definitely watch the hell out of it on DVD.)

And that's all that needs to be said!

Email ThisBlogThis!Share to TwitterShare to FacebookShare to Pinterest
Labels: Late Night, Teh Funny Since July just kind of raced by, I totally forgot to mark the birthday of this here blog. Five years old on July 31st, to be exact. Here's a link to my first day of blogging, before there was YouTube, or Facebook, or Flickr, or Twitter, or anything else that makes the Internet the supreme time-suck it is today.

Five years! Back then I was still putting out my weekly Musty TV email, and this here blog was the only other public resource for my ranting. Of course, my ranting has since spread to several other sites, and I'm still occasionally amazed by that fact.

But this will always be my first and favorite online baby.
Posted by Rain at 8:15 PM 4 comments: