I'm going to spend most of my weekend cringing in disbelief at the sheer awkwardness of all the people around me--and I'm just talking about my friends! Ha! BOOM GOES THE DYNAMITE!

Yeah. I'll be at WonderCon. Here's a little intro I wrote for the SFGate Culture Blog.
Posted by Rain at 12:10 AM No comments:

Email ThisBlogThis!Share to TwitterShare to FacebookShare to Pinterest
Labels: WonderCon

Email ThisBlogThis!Share to TwitterShare to FacebookShare to Pinterest
Labels: Music, Teh Funny 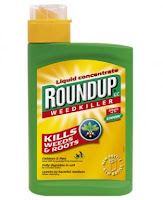 Can't believe it's almost March. Nuts! Let me try to remember January...Oh yeah! I had a birthday then. That was fun.

Movies Seen: Eighteen, with one in a theater. That one was "Milk."

I thought I'd try, once again, to see more movies in a theater this year, so I designated Fridays as move theater night. I figured I could go to a movie directly after work, around 6, and still have the rest of the evening free to...watch other movies on DVD? I don't know. Well, I was able to do that for one week before life and work interfered once again.

I had wanted to see "Milk" at the Castro, of course, but it ended its run there before I could, and I assumed it wouldn't be coming back, so I saw it at the Embarcadero instead. (I was wrong, by the way. It came back to the Castro in February.) I liked the movie a lot, but I was a little disappointed in Sean Penn's performance, after reading nothing but praise about it. Granted, he is good. But if you watch footage of the real Harvey Milk, (and you can see plenty of it in "The Life and Times of Harvey Milk," which you can watch free on Hulu), Sean Penn doesn't really sound like him. I hate to say this, but Penn is really gaying up his voice, which I think is a real shame.

But aside from that, it's a really good movie, and I especially liked seeing San Francisco portrayed pretty accurately. (Of course, having lived here all my life I was able to spot anachronisms and other mistakes a mile away. But that actually kind of added to my enjoyment of the movie).

As for the rest, I saw a lot of films I enjoyed on DVD, among them "King Fu Panda," (very funny); "The Duchess," (a lot more entertaining that I thought it would be); "Hellboy II," (I liked it more than the first "Hellboy"); and "Ghost Town," (I really appreciate the fact that Ricky Gervais doesn't make out with anyone in the movie.) The most dissapointing was probably "Run Fatboy Run," which just wasn't very funny.

Books Read: Three. Two more Sookie Stackhouse books, ("Club Dead" and "Dead to the World") and "Chasing Lolita" by Graham Vickers, a nonfiction book about the fictional book "Lolita," and how, as the subtitle says, "Popular Culture Corrupted Nabokov's Little Girl All Over Again." Being that "Lolita" remains my favorite book, I love academic examinations of it, especially when they aren't too stuffy. And since the focus on this one is more pop culture-centric, I gobbled it up. (Although I have to disagree wholeheartedly with the author's opinion of Adrian Lyne's movie, which I think portrays Lolita in a way that has nothing to do with the Lolita of the book, and is actually pretty offensive.)

Fancy Dinners Out: Five. Since January featured two weeks of "Dine About Town" dining deals, I did my best to take advantage of it, eating prix fixe dinners at LarkCreek Steak, Le Club, Ruth's Chris, and the Grand Cafe. (The fifth dinner was my usual birthday dinner at La Traviata.) At all but Le Club, I had some kind of steak. The best was probably Ruth's Chris. I know their meat is probably not the healthiest choice when it comes to beef (their cows are corn-fed, not grass-fed; corn-fed beef also usually means more antibiotics) but the steaks come out on a plate of sizzling butter, so obviously you've kissed health goodbye the minute you enter the place. And the fillet I had was DAMN tasty.

Shoes Bought: One pair, these flats from Target, bought to replace a previous, similar pair that were too small. Haven't had a chance to wear them yet as it's been too rainy and gloomy out for some madras shoes. Come on spring!
Posted by Rain at 8:00 PM No comments: 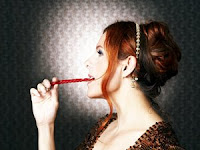 Neko Case's new album is out next Tuesday, March 3rd. It's called "Middle Cyclone." This is good news to me, but bad news to my neighbors, as I have only recently stopped singing along--quite loudly and quite badly--to her last album.

And here's a treat: you can listen to streaming audio of the entire album over on NPR from now until the third.
Posted by Rain at 3:56 PM No comments:

Not to Be Confused With 'Young Frankenstein'

I can't believe I didn't get an invite to Swifty Lazar's Oscar party this year....what's that now? He's dead?....Ah, well, that explains it then.
Posted by Rain at 12:32 PM No comments:

My Awards Show Has a First Name...

Work is kicking my ass right now, so I have had no time to discuss the Oscars or the nominations, or, most importantly, our Academy Awards night dinner. So here's a brief rundown of what we've come up with.

Got any better ideas?
Posted by Rain at 2:25 PM No comments:

The Most Dramatic Tube Tops Ever

This week's Tube Tops is up on the SFGate Culture Blog!

So nice to be inside, warm and cozy, on this stormy Sunday, especially knowing that tomorrow is a holiday. Yee haw!
Posted by Rain at 2:15 PM No comments:

I'm really surprised by the number of certifiable wackos that have been let through on "American Idol" this season. Not just in the audition process, but all the way to the performing for America and being judged stage of the show. One, maybe two at the most get through every year, but usually they're just kind of...odd, and not completely insane. Like Tatiana.

I don't want to give this chick any more publicity that she's already gotten, but I just couldn't resist posting this clip if only for the reaction to her histrionics at the end of it. Look for Nathaniel, the guy in the headband. Watch his reaction at about the 24 second mark. And then rewind and watch it again and again and again. You won't be disappointed.

Have I Ever Told You You're My Hero?...Oh, Everyone's Told You? OK Then.

I watched the "60 Minutes" interview with Captain "Sully," and I was struck by a few things, the biggest being that Sully is even more awesome than I had previously thought. I love that he never doubted he could land that plane; I love that he hasn't gotten a swelled head about this whole thing; and I love that when Katie asked him if he was praying during the event, he basically said no, he was too busy landing the plane to be praying, and other people could take care of that.

And I may love flight attendant Doreen Walsh just as much. That landing was obviously a horrible experience for her, and I appreciate that she's not sugar-coating how incredibly terrifying and violent the event was in the back of that plane. I think it's possible to be incredibly thankful that you're alive, while still being pissed off that you had to go through something so horrible, which is not a position we see expressed much after "miraculous" events like this, so I appreciate her honesty. You can see part of her interview in the clip below.

Email ThisBlogThis!Share to TwitterShare to FacebookShare to Pinterest
Labels: In the News

Those with seafood allergies, stay away.
Posted by Rain at 10:53 AM No comments:

Well of Course We Talk. Don't Everybody?

Don't forget to check out my new blog for even more exciting insight into my lame awesome life!
Posted by Rain at 12:17 PM No comments:

Email ThisBlogThis!Share to TwitterShare to FacebookShare to Pinterest
Labels: Me Me Me, SFGate, Tube Tops

Well, I don't know how long this will last, but I've started a new blog about food, because making dinner is about as creative as I get these days. It's called I Made It, I Ate It, I Lived and I'd love for you to check it out, share recipes, and offer any cooking advice you might have, because I need it!
Posted by Rain at 8:10 PM No comments:

Email ThisBlogThis!Share to TwitterShare to FacebookShare to Pinterest
Labels: Food

Don't You Dare Dismean Me!

This week's reality TV locals post is now up on SFist! Now scallop-free!
Posted by Rain at 11:50 AM No comments:

I'm a Sucker For Anything Utilizing Whipped Cream

I watched every single one of the Superbowl commercials, and this is the only one that made me laugh.

Also, it had the most important message, which is to say OMFG FREE GRAND SLAM BREAKFAST ON TUESDAY!

I also kind of liked the Hulu commercial, but really only because Alec Baldwin is in it.

Other than that, the commercials sucked. Big time. There were TWO that featured people getting hit by buses. That was a cliche last year when "Lost" used it and it should, from here on out, be completely retired. So sayeth I.
Posted by Rain at 7:26 PM No comments:

Week two? three? of my cold, and while I feel fine for the most part, I am still blowing some pretty disgusting things into my Kleenex.

Just thought I'd share.
Posted by Rain at 1:06 PM No comments: