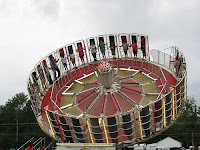 Did you know the year is, like, almost half over? Were you aware of this? How is that even possible?

Let's get on with this, before it turns out it's December.

Movies Seen: Thirteen, with two in a theater. One of the theater viewings was a screening of the HBO movie "Grey Gardens," my review of which can be read here. The other was "Ferlinghetti," and you can read my review of that one here.

On the DVD front, I was very pleased by "Doubt." It was a lot funnier than I thought it would be. I was less pleased with "The Spirit," which was a real mess, and even messier was "Seven Pounds." I could tell you what that movie is about, but you probably wouldn't believe me if I did. Just know that it is perhaps the most ridiculous movie to ever feature a poisonous jelly fish in a supporting role.

"Maps and Legends," by Michael Chabon, was actually a collection of essays and speeches, mainly about writing, and books, and genres, but it was a fast and interesting read, and it included the best take on the "His Dark Materials" books that I've read yet.

Lastly was Alan Moore's "The League of Extraordinary Gentlemen Vol. I," and I hate to admit it, but...I thought it was BOR-ING. There. I said it.

Fancy Dinners Out: I may be forgetting one, but according to my calendar, I had no fancy dinners out in April. How is that possible?

Shoes Bought: And again, NONE! Man. I hope May is more exciting.
Posted by Rain at 10:10 PM No comments:

As some of you know, I went through a trauma with my kitteh, Tori, this week. For those who don't, the story is thus: Tori is an old lady. She's either 18 or 19, the math always screws me up. (I got her in February of 1991, but she was about four months old when I adopted her so....she'll be 19 around November. There. That wasn't so hard!) About three years ago, I was sure she was a goner as she had developed kidney disease, which required a change in diet and injecting her with subcutaneous fluids every other day. Miraculously, all that seemed to help, and she's been going strong ever since.

Around the end of last year, a small lump she's had for many years suddenly started growing. A needle biopsy was done, and the results pretty much proved she has mammary cancer. Because of her age, I decided to just let the lump be, as I didn't want to risk putting her under anesthesia to have it removed, and figured she's only got a few more years left, as long as the tumor wasn't bothering her, just let her be.

Unfortunately, the tumor started to...explode. It just kept growing, and bursting her skin, bleeding, and eventually, despite my cleaning it every day, began to get infected. So the choice then became, letting it grow until it was so big and gross and painful that it became a total bother to her, and putting her down for that, or risking having it removed completely.

So I opted for removal. I didn't really think I had a choice, really. It just wasn't fair to leave something so uncomfortable on her belly like that. Because of her age, anesthesia was a risk, but I thought that losing her on the table trying to make her feel better would be a better thing than having to make the choice to put her down because she was feeling awful. Luckily, the pre-surgery tests--blood work, chest x-ray--showed no issues, and the vet felt she would get through the surgery OK.

Of course, she's not totally out of the woods yet. There can still be post-surgery complications, but she seems to be doing well, albeit trying to manage her way around the apartment while wearing a plastic Cone of Tragedy. (What makes it even more tragic is she's losing her sight as well, so there's just no way she can avoid bumping into everything around her.)

For the record, she had her surgery at the Nob Hill Cat Clinic, where I've been taking her for many, many years, and they did a great job. I'd recommend the place highly to anyone with a cat. Especially if you live in the Nob Hill/Polk Street/Tendernob area.

I'm so glad to have my old lady roommate back. I think I'll put on my new, gigantic hat, sit next to my Elizabethan-collared friend, and talk about MUUUUUSIC.

Email ThisBlogThis!Share to TwitterShare to FacebookShare to Pinterest
Labels: Cat, Me Me Me, Royce and Marilyn

Play Me Off, Keyboard Cat

It's Friday. I am so over this week. As a reminder, be sure to check out the San Francisco Appeal, and the SFGate Culture Blog for my latest stuff!

Is it five yet? No? Whatever. Play me off, keyboard cat!

The Only Dictionary You'll Ever Need

I can't remember where I first saw the blog My First Dictionary, but I want to thank whoever it was who linked to it, because it is teh awesome. I implore you to add it to your reader, or visit it daily.

Here are a couple of my favorites... 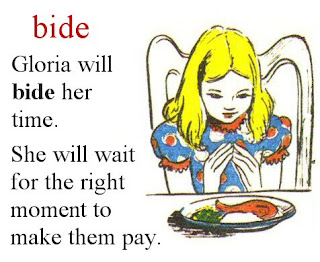 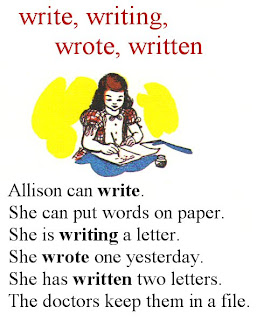 So, go over to the San Francisco Appeal to check out some movie reviews and the start of a new TV column by moi. And don't forget that you can see my daily TV picks over on the SFGate Culture Blog every day at noon!

Oh, and the other thing I've been doing is watching "Soul Train" videos on YouTube. Can't get enough. Here's one featuring the O'Jays doing one of my all-time fave soul classics, "Backstabbers." Watch the dancer in the front, wearing the vest. I love the hand movement he does whenever the line "they're smiling in your face" is sung. Classic.