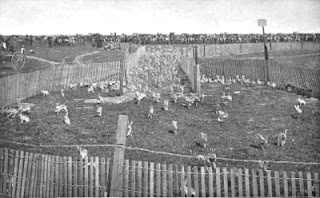 Once again, a new month has taken me completely by surprise, so this is going up on "May 31st," not May 31st...
Summer's almost here! Let's look back at spring.

Movies Seen: Nine, with four, (well, technically, three), in a theater.
The best movie of the month was definitely The Cabin In the Woods, something I liked so much, I actually paid money and went to see it again. You can read my review here.

The other two, which I also reviewed, were Lockout, and Darling Companion (which was a capsule review during the Film Festival.)

None of the DVD viewings were that memorable, though I have to say I was kind of astounded by how boring J. Edgar was.

Why We Broke Up by Daniel Handler and Maira Kalman

Fancy Dinners Out: One, at Le Central. I ate snails.

Live Shows Seen: Three! One was the San Francisco Ballet's presentation of three short works by Balanchine. (The last piece, "The Four Temperaments," was the best, which is ironic because I tend to prefer story driven ballets.)

I also saw the play Maple & Vine at ACT. It was fun, and worth seeing because of the costumes, but I'm not sure I entirely got what the ultimate message was...

Lastly, I saw John C. Reilly's band, which played at Bimbo's. It was good, and he's got a good voice, but they chose to do a lot of down tempo folks songs and country covers, so it was kind of a snooze. Something I'd like to listen to at home, but not exactly a rousing show...

Shoes Bought: One pair: these patent leather pumps, which are a nice combination of comfort and dressiness, and pretty comfortable to boot, on sale at DSW.
Posted by Rain at 5:50 PM No comments: 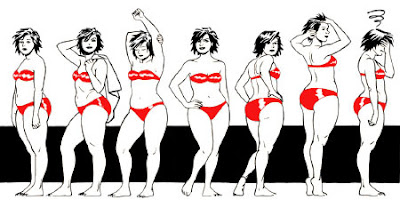 I, like many American women, hate the emphasis our culture places on youth and thinness. Of course I do. And yet, in the past year-and-a-half, I've lost over 50 pounds. So how do I reconcile those two things?

Well, because technically, I'm still overweight. According to BMI measurements, I'd need to lose another 10 pounds to be considered a "normal" weight, and that would be at the very top of that "normal" scale. And that's kind of bullshit.

I chose to lose weight because my blood pressure was high, I was getting frequent migraines, and most importantly to me--and probably most shallowly--I couldn't wear the clothes I wanted to because hardly anyone makes cute clothes for fat chicks.

So, I decided to do something about it. But I chose to do it in a way I felt I could handle: Slowly. My goal wasn't to lose 20 pounds in a month. My goal was to lose one pound a week--at the most--until I got to a point I could live with.

And the great thing is, when you start off at as high a weight as I was at, you're actually able eat a lot of food at the beginning. And that was the key thing to me: I didn't want to do anything where I had to cut out certain kinds of foods completely, because that's just not something I can maintain. Instead, I wanted to eat whatever I wanted to eat, just less of it.

Also, when you go from doing no type of exercise to some kind of exercise every day, the pounds kind of drop off. At least at first. (I lost five pounds in the first week and a half.)

When most people ask me about losing weight, they remark that it must have been really hard, and the thing is, it really wasn't. But it didn't happen quickly; it took almost two years. And I think that's the key: When you allow the process to take some time, it becomes a habit, and becomes something that's easier to maintain.

I chose to stop ten pounds shy of my "healthy" weight because that's where my body wanted to stop. Losing more became way too much of a struggle, and I'm at a weight I can be happy with--even if it isn't what's considered an ideal weight by most. My blood pressure is down, and I don't get nearly as many headaches as I used to. And while I can't fit into every outfit I'd like to--the fashion industry is still bullshit on that front--I'm much happier with the clothing choices that are available to me now.

I basically wrote this as a reference for anyone who asks me how I did it. So, for those interested, here's a summation of what worked for me:

Keep track of calories: Once you become aware of how many calories are actually in the foods you eat every day, it can revolutionize the way you eat. It's all just math. (It helps to get a food scale, to weigh things like meat and cheese and figure out portion sizes.)

Try to do some kind of exercise every day: I bought a cheap home stepper machine, and tried to do that every day. At first, I could barely do 15 minutes on the thing; eventually I got up to 45 minutes at a time. The key? I could do it while watching TV. But I also just tried to walk more. I resolved to not wait for any Muni bus more than 10 minutes. If it was longer than that, I'd just start walking. (You'd be surprised how much faster than the bus your feet can be!)

Weigh Yourself a Lot: This seems to be controversial. A lot of people say not to do it more than once a week, because it can be frustrating. But weighing myself almost every day really helped me learn what did and did not work for me. For instance: On more than one occasion on weighing myself after I had gone way under my calorie allotment the day before, I had actually gained weight. Key takeaway: Starving yourself doesn't work.

Drink lots of water: Actually, this might be total bullshit. I don't know if it helps or not, but everyone seems to think this is a major factor, so might as well include it. If you're exercising more, you're probably going to want to drink more water anyway, so it's not exactly hard to do.

Keep some old fat pants: Not because you're ever going to wear them again, but because putting on a pair of your fat pants after you've lost weight and inches feels really, really great, and will mean more than any number on a scale ever will.
Posted by Rain at 11:50 AM 3 comments:

So here's the story: I heard some yelling on the street and looked out the window to see a woman arguing with a cab driver. She seemed to be saying that he was lying about not taking Visa, when it states on the cab door that they do. I couldn't really make out what he was saying, but he was obviously denying that. She called him a "fucking liar" and started to walk away, when the cabbie got out of the cab to confront her.

A guy who was walking his dog came over and tried to get them both to calm down. He suggested the cab driver just move along, and the woman go home. At that point, someone drove up and honked for the cab to get out of the way. (He was blocking the entrance to an alley.)

So he drove up a few feet, put on his blinkers and got back out. At that point, the woman had gone inside her apartment, although I couldn't tell where that was (nor could he). He was kind of just standing on the corner looking dumbfounded when the guy with the dog came back over and started to talk to him.

He said he didn't know who the woman was, but he had come over previously because he was hoping to diffuse a situation before it blew up. And at that point in the conversation he offered the cabbie some money…And that's the part I got on the above video…

Personally, I think it was pretty great of the guy to pay the cabbie. I have a feeling the cabbie wasn't being totally honest about the Visa thing (cabbies are notoriously dickish when credit cards are involved, and will often lie about the "machine being broken" to avoid taking them), but that lady could have handled the situation a whole lot better...

Here's to the kindness of strangers.
Posted by Rain at 12:48 AM No comments: