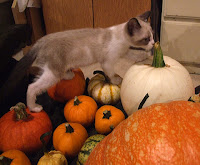 Thanksgiving has come and gone, and Christmas looms. Some other traditions loom as well, such as what is starting to seem like an annual Yule-tide worry over whether or not I'll have a job come the new year. So, instead of looking towards the troublesome future, let's look to the recent past...

Movies Seen: Nine, with none in a theater. Best is a toss-up between "The Secret In Their Eyes" and "Please Give." "Eyes" was really a glorified whodunit drama, with some legal procedural thrown in, but because it's foreign, it seems more important. Worth seeing if only for one incredible (seemingly) long take in a football stadium.

I liken "Please Give" to some of Woody Allen's earlier, funny films. Certainly better Woody Allen than Woody has been doing these days...

Books Read: Five. First up was "Squirrel Seeks Chipmunk" by David Sedaris, which I read in about two hours. It's an odd little book, and probably only worth reading if you are a Sedaris completest.

Next was "Lips Unsealed: A Memoir" by Belinda Carlisle. Yes, the Go-Go. I'm a sucker for celeb bios, what can I say? Before going into the book, I was aware Carlisle was a huge cokehead during the 80s. I was not so aware she was basically a huge cokehead throughout the 90s and 2000s, too. Whoa.

The best book of the month, hands down, was "One Day" by David Nicholls. It's very, very funny, and very, very, romantic, and had me crying my eyes out at times. I think it should be read by everyone. EVERYONE!

At the end of the month I got on a movie criticism kick, reading "Afterglow: A Last Conversation With Pauline Kael" by Francis Davis, which is, as the title suggests, just an extended conversation with Kael, towards the end of her life. I disagree with Kael more than I agree with her, (because seriously, anyone who thinks Brian DePalma is a cinematic genius has to have a screw or two loose), but I still appreciate her, if that makes any sense. She stopped reviewing towards the end of her life, so I think this book is one of the best opportunities to get her opinions on some of the movies she never got to actually review...

Finally, I finished "Scorsese By Ebert," which I had been reading in bits and pieces since I got it as a Christmas present. It made me want to indulge in a Scorsese movie marathon.

Fancy Dinners Out: Two, in the same day! First was lunch at Absinthe, followed by dinner at Izzy's Steaks and Chops. I think to fully appreciate Absinthe I should go for dinner, and get more than a BLT. Izzy's was awesome as usual.

Shoes Bought: One pair: these pumps from Target, but in "red," which isn't actually red, but more like a wine or magenta color. They were tres cheap, and are tres comfy.
Posted by Rain at 9:35 PM No comments:

In case you didn't get the memo, in the form of my weekly "Hey Watch It!" post on the SFGate Culture Blog, here's another reminder: "Rudolph the Red-Nosed Reindeer" is on tonight at 8 P.M. on CBS! No word on whether this version will include some never-before-seen scenes...

But that's not all! Also on tonight is "Dr. Seuss's How the Grinch Stole Christmas!" at 8 P.M. on ABC!

I Haven't Even Finished Eating All of My Halloween Candy!

In case you missed it last night, there's another chance to watch "A Charlie Brown Thanksgiving." RIGHT HERE!

It's paired with the slightly less endearing "The Mayflower Voyagers," but just click away when that business gets started. Enjoy!

Email ThisBlogThis!Share to TwitterShare to FacebookShare to Pinterest
Labels: Thanksgiving

[via Warming Glow]
Posted by Rain at 1:48 PM No comments:

Email ThisBlogThis!Share to TwitterShare to FacebookShare to Pinterest
Labels: Mad Men, Teh Funny

On "SNL" this week, there was a sketch called "I Didn't Ask For This," which included an epic crying jag from host Jon Hamm. Watch the full bit below.

Of course, it was inspired by a real viral video, taken from the A&E show "Intervention." So in the interest of completion, you can watch it here too!