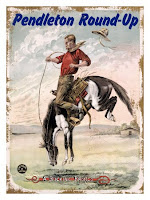 Shoes Bought: One pair, these ruffled flats from Target.
Posted by Rain at 11:59 PM No comments:

I Don't Have a Gun

I don't know what's wrong with me, but I watched "The Voice" tonight--I guess all the incessant pop-up ads that played during EVERY SHOW ON NBC worked? Maybe? It wasn't that great, but neither is "American Idol" this season, so it's no worse than that, and I actually think there were a few good singers. And I like plushy Christina better than skinny Christina, so there's that.

But I just have to point out something about the chick that sang "Smells Like Teen Spirit." All the judges praised her on how original the arrangement was, and how she really made the song her own and blah blah blah. Except she was basically just doing Tori Amos's version of the song. Here:

I'm not even a Tori Amos fan, and I knew this, but none of the judges seemed to, which seems kind of crazy to me. I remember a similar thing happening on "American Idol" a few seasons back. One of the contestants did a unconventional version of a song, and the judges loved it, but it had been done before, and this was never mentioned...but it's late and I can't remember what it was. Maybe it will come to me later.

And yeah, this is in no way a big deal, but it's 2am and it's bugging me, so hence we have this here post.