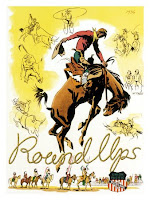 March was kind of action-packed, so let's get right to it.

Movies Seen: Twelve, with one in a theater. That one was "Watchmen," which I saw on opening night, even going so far as to be the first in line. For a while, I was afraid my cousin and I were going to be the only ones in line, but pretty soon after we got there, the line started forming, and by the time we got into the theater, it was packed. And yes, there were a few people dressed up as the comic book versions of Nite Owl, Rorschach, and the Comedian.

Seeing the first 20 minutes of the movie at WonderCon had me pumped to see the rest, and I loved those 20 minutes just as much as I did the first time; the opening credits are just phenomenal. The rest of the movie didn't live up to promise of those opening moments, but I didn't come away from it in any way disappointed. I'm a big fan of the original comic, but not so much so that I can't recognize its flaws, and I think its ending is one of those flaws. I wouldn't say what the movie does to address those flaws is perfect, but I did think it was an improvement. Not all of the casting works, (Silk Spectre and Ozymandias being the most badly cast), and some of the moments are laughable, (two words: sex scene), but I liked it enough that I am looking forward to seeing the expanded version on DVD.

And speaking of DVDs, my fave DVD viewing was "Role Models," which was funnier than I thought it would be. But then again, I am a sucker for anything involving swearing children, (the original "Bad News Bears" remains a favorite), and the kid in this movie swears like a pro.

I also enjoyed "Let the Right One In" a lot, which, come to think of it, also features children acting inappropriately. I see a trend.

Most disappointing was "Happy Go-Lucky." I understand the lead character is supposed to be a bit annoying, but I found her so annoying the movie was a chore to watch. I think I have to just accept the fact that I hate Mike Leigh movies. I have yet to see one I've enjoyed, and I should just stop giving them a try.

Books Read: I had planned on re-reading "Watchmen" AFTER seeing the movie, but I re-read the first issue and then got sucked into it and finished the whole thing before going to see the movie. I was kind of glad I did it that way, though, because I was more able to see what the movie was attempting to improve on, and where it lacked in comparison.

I also read "Coraline" by Neil Gaiman as I was interested to see how it compared to the movie. (I liked the movie better.) And the last book was "The M.D.," a horror novel by Thomas M. Disch, an author probably best known for penning the children's book "The Brave Little Toaster." My father is a big fan of his, and got me the book for Christmas. It had some pretty shocking moments in it (it's essentially about a guy who as a kid is given the power to make his wishes come true, but of course, kids don't always wish for the most altruistic things. And then he grows up to be a doctor...) and was also pretty funny. I thought the ending didn't really hold up to the rest of the book, but I still liked it a lot.

Fancy Dinners Out: One fancy, and a few not so fancy, but still tasty. The fancy was at Scala's Bistro, where former "Top Chef" cast member Jennifer Biesty is now executive chef. I had salmon served over potatoes with tomatoes, and half of a salad with crab and blood oranges. All around delicious! The others were at some local spots in Carmel and Pacific Grove during a weekend trip, and an early bird dinner at Home on Market street. (It's a good deal. Check it out!)

Live Shows Seen: Two, and for both I channeled my inner 60-year-old.

The first was Tom Jones at the Warfield, and let me tell you, it was a pleasure being at a concert where I wasn't the oldest person in the audience. And Mr. Jones rocked the joint. He's almost 70, and he's looking a little more like his age now that he's stopped dying his hair, but he still sounded great, and he rolled his hips as much as he could before the threat of fracture would set in. It was everything a Tom Jones concert could be, including the tossing of panties on stage. (By a friend, not by me.)

The other was Keely Smith. That was a little less successful a show. It was in a much smaller venue, at a nightclub in the Hotel Nikko. And don't get me wrong, when she was singing, she was still in top form. But she spent way too much time engaging the audience, which was a bad, bad idea. Once they saw she would respond to them, they would not. Shut. Up. "Keely! You once played with my husband! Do you remember him?" "Ms. Smith, it has been a lifelong dream to see you in person!" "SING 'OLD BLACK MAGIC!!!" She would occasionally tell someone to shut the hell up, but most of the time, she invited it. She also kept telling the same jokes about how old she is, and how the 22-year-old guy sitting in the front of the audience was too old for her.

But god bless her. She 's 77, and she can do whatever the hell she wants. She's earned it.

Shoes Bought: None. NONE!
Posted by Rain at 8:20 PM No comments:

Can not make it to five o'clock! Send help and cocktails!

That Cements the Deal

My review of the HBO movie "Grey Gardens" is now up on the San Francisco Appeal!

I am just now realizing I haven't yet posted about the Appeal, which I should have done a long time ago, because it is awesome. It's an online newspaper focused on San Francisco, and it was started by the fabulous Eve Batey, and I am proud to be a part of it.

If you want to read local news stories, this is the place to go. Bookmark it now!

And here's a little bit of "Grey Gardens," OG, to get your weekend started.

God, I love this.

Just a reminder that while "Tube Tops" is no longer, I am continuing to write TV picks for the SFGate Culture Blog, but these will be appearing on a daily basis. The first "Hey, Watch It!" is up now!

I'm not going to post a reminder here everyday, so if you want to keep reading, I suggest you add the Culture Blog to your RSS reader. Or just make it your homepage, why dontcha?
Posted by Rain at 11:34 AM No comments:

Email ThisBlogThis!Share to TwitterShare to FacebookShare to Pinterest
Labels: Hey Watch It, SFGate

It's Easter, so let's talk about the Irish.

Actually, I meant to talk about this on St. Patrick's day, but it totally slipped my mind until now. Oh well.

A while ago, some friends and I were discussing those old Irish Spring commercials, as stereotypical hipsters are wont to do. I remembered they always involved some comically "Irish" people talking about soap, usually during a picnic, at which point they'd slice into it to show those magic green stripes. Then they'd serve it on crackers and take a shower outdoors.

Turns out, my memories weren't that far off...Here's one with the picnic:

And here's one with an Irish lass at a dog show who decides to take a shower outdoors after being whistled at by a strange man and a little boy....No, really.

And in case you were wondering, yes. Irish Spring is still available. I just wonder if it's still tasty on crackers.
Posted by Rain at 5:52 PM No comments:

Putting the Hippo in "Hypocrisy"

I don't know why sheer hypocrisy always manages to shock and anger me. It's so common nowadays that it should never come as a surprise. But the rise of right wing fear-mongering, and sheer wingnut insanity, and what they're espousing, has still managed to shock me speechless. Which is why I am so glad Jon Stewart and "The Daily Show" is around to put into words what I could never say. You know, because of the whole "I am speechless" thing...

Don't Stay Up Thinking Of Ways to Get Rid Of Me. It Makes Wrinkles.

I'd also suggest you go get the Sunday Chronicle, just for its "TV Week," because that's gonna be the last one featuring my weekly "Tube Tops" on the cover. It comes as no surprise, really. I knew the minute all the drama with the Chronicle started to go down that it would be unlikely they'd continue to do a custom cover for something they could just "outsource" for less. So the "TV Week" is going to be one of those generic things that appear in numerous Sunday papers, kind of like Pulitzer Prize-winning "Parade" magazine.

But all is not lost, as I will continue to write for the Culture Blog on SFGate, most likely on a daily basis. So instead of a weekly Tube Tops post, you'll be able to read my TV picks every day of the week! And that's better than appearing on a piece of paper that just ends up in the recycling bin, right?