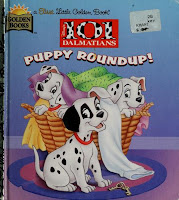 Movies Seen: Twelve, with two in a theater. I reviewed one of those, Silent House, for the Appeal, and the other one, The Hunger Games, I had to go and see after it opened, like an animal! That one I liked, for the most part, but I hated, hated, the way it was filmed. The first hour of the movie is filled with shaky camera work and rapid editing, when there is really no reason for it. I mean, during close-ups? And calm moments of conversation? Really?? It was so bad I almost wanted to leave. Eventually it calms down a bit, but I dread the second movie if it's going to be full of that crap.

Of the DVDs I watched, I really liked Young Adult a lot, and I think I liked Melancholia, though that one is a bit of a stumper...

Books Read: Six. Click through to read my brief reviews, where applicable.

Starter for Ten by David Nichols

Zone One by Colin Whitehead

Left In the Dark by R.A. McBride

The Family Fang by Kevin Wilson

Fancy Dinners Out: One fancy dinner, at Alfred's Steakhouse, which was great. I hadn't been to Alfred's since they moved from their former Broadway location, but the place where they are now looks like it's been theirs forever. It's the perfect old school steakhouse.

And while this dinner wasn't really fancy, it did feature a star: My friend and I basically had dinner with Lauren Hutton at Hunan Home's in Chinatown. Sure, she wasn't actually sitting with us, but she was in the restaurant, right across from us, so I think that counts, yes?

Shoes Bought: I don't think I bought any shoes in March, but I did remember I bought a pair in February that I forgot to list: these pink flats from Target, which I got for 50% off. A friend also gave me a couple of pairs of vintage heels that were too big for her. I've only got a picture of one of them right now, though. Glittery!
Posted by Rain at 8:07 PM No comments: