If you read my blog regularly, you know this post is a post of lies. It's not actually December 31st, and this round-up is actually showing up months late. Well, sorry. SORRY! Christmas and all that made life kinda crazy, and I am only now really able to catch up on my blogging duties. So let's just pretend. AGAIN!

Movies Seen: Six, with one in a theater. That one was Skyfall. Here's my review!

Books Read: One! Just one goddamn book, and it was The Twelve, the sequel to The Passage. Now, I loved The Passage. LOVED IT. I read it in just a few days, and it's a monster of a book. But the sequel? It was a damn chore to get through, and I can't really pinpoint why. I will say the biggest problem I had was trying to keep track of all the characters. I never really did, and it wasn't till I was about 50 pages away from the end that I discovered there's a damn character guide in the back of the book. AAARGH!

Fancy Dinners Out: One, and that was during a trip to Disneyland, at the always fun Steakhouse 55. I had steak!

Live Shows Seen: None, though Disneyland is always a show.

Shoes Bought: One pair, these vintage gold pumps, which I had been eying on eBay for a while, and got for half off the asking price after making an offer.
Posted by Rain at 7:56 PM No comments: 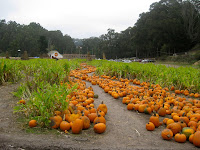 It seems like I begin most of these posts with some variation on "OMG I can't believe it's already ____!" This month is no different. The holidays are barrelling towards me so fast, I didn't even really realize the first of the month had passed.

So let's pretend it didn't!

Movies Seen: Five. Only five?! And three of those were theatrical viewings. Click through to read my reviews of Argo and Cloud Atlas.

How To Be a Woman by Caitlin Moran

Rabid: A Cultural History of the World's Most Diabolical Virus by Bill Wasik and Monica Murphy

The Girl In the Song by Michael Heatley

The Boy In the Song by Frank Hopkinson and Michael Heatley

Fancy Dinners Out: Two! Plouf, where I had mussels, some of which were not very good, and Locanda, where I had something I can't remember, but do remember was very good.

Shoes Bought: Two pair! This pair of pristine vintage yellow pumps, and this pair of sparkly open-toe pumps that were super cheap at DSW.
Posted by Rain at 7:33 PM 1 comment:

Oy, once again, having to actually WORK for a living is putting a damper on my blogging duties. So let's just pretend it's Halloween again. Woo! Candy! Tricks! Costumes!

(And as an aside, I really really hate the new Blogger set-up. Blame it for why this post looks crappy. I tried and tried to fix it, and it was an exercise in sheer frustration.)

Movies Seen: Six, with three in a theater. Click through to read reviews of two of those.

Trouble With the Curve
Looper