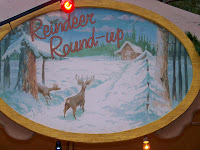 Yes. Another post of lies. But at least this is a little closer to what the real date actually is!

Movies Seen: Six, with one in a theater. That one was Django Unchained, and even though it was a press screening, I didn't get to review it because time just got away from me. (Shocker.) So my capsule review is, Django Unchained is a terrific 90 minute movie. Unfortunately, it's actually three hours long.

Books Read: Four, with that damned The Passage finally out of the way! Click through to read my brief reviews:

Sex and the Single Girl by Helen Gurley Brown

The Accidental Feminist: How Elizabeth Taylor Raised Our Consciousness and We Were Too Distracted by Her Beauty to Notice by M.G. Lord

Furious Love: Elizabeth Taylor, Richard Burton, and the Marriage of the Century by Sam Kashner and Nancy Schoenberger

(Yes, watching the horrible TV movie Liz & Dick set me off on a bit of an Elizabeth Taylor binge. She was much more interesting than I'd ever been lead to believe!)

Live Shows Seen: Two! The Nutcracker at the San Francisco Ballet, which is always super fun. The last part of act one gets me every time, what with what looks like a literal ton of fake snow that falls on stage. Love it!

The second was a New Year's Eve show, and it resulted in one of the funner New Year's Eve's I've had in a while: Nick Waterhouse at Bimbo's.  I got to wear a Lurex gown, everyone there was dressed up sharp, and we had a table with a great view of the stage. It was an all-around fun and non-stressful NYE, which is really all I want from the night.

Fancy Dinners Out: Three! Dinner at Bix, my fave. Truffle deviled eggs, omagahhhh. House of Prime Rib, wherein I had, yes, prime rib. Pro-tip: If you like your prime rib medium rare, order it rare there. Their medium rare is not. And lunch at the Rotunda at Neiman Marcus. I had a lobster BLT which was probably one of the best sandwiches I've ever had.

Shoes Bought: I know I bought some myself, but I'm drawing a blank right now on what they were. I did get two pairs of rain shoes for Christmas though, this green pair, and this black pair. Of course, it's only rained once since I got them. Doh! I find rain boots impossible to walk in, so these are a great alternative. And cute, too!
Posted by Rain at 8:39 PM 1 comment:

Picture the Day - 2012, a set on Flickr.
For the second year in a row, I took a picture every day of the year, and posted them to Flickr.

It ends up being a nice literal year-at-a-glance, and has become a tradition I am continuing with 2013.

Take a look! 2012 included two trips to Disneyland, two trips to Palm Springs, a new full-time job, and my getting a new roommate. Quite the year! I wish I could get a poster featuring all the thumbnails!
Posted by Rain at 8:47 PM No comments: