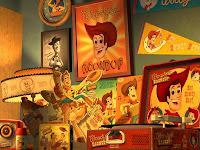 Goodness. Summer is over! But it was just getting juicy a month ago. Let's look at that month, shall we?

Movies Seen: Thirteen, with one in a theater. That one was "Julie & Julia," which was perfectly pleasant. As seems to be the consensus, the parts about Julia Child were the best parts of the movie, but I wasn't as put off by the contemporary stuff as much as others. Maybe because I read the book it was based on? Who knows.

My favorite film of the month was "I Love You, Man." I wasn't expecting much, as I have been kind of underwhelmed by the bro-centric comedies of late. But I really liked this one, and it has a lot to do with...OK, ALL to do with Paul Rudd.

Worst? Man, so many of them were bad. Most of the bad ones weren't movies I was expecting to be any good, like "Fast and Furious." So I guess the one that was a bit of a disappointment was "Sunshine Cleaning." It was just so annoyingly QUIRKY INDIE MOVIE, it was like they were working from a checklist of things that need to be in an indie movie. Single mom with troubled child, dysfunctional family, and wacky job? Check check and check!

Books Read: Three. "All Together Dead" by Charlaine Harris, another Sookie Stackhouse book, and this one was definitely better than the last one I read. But it's also the last in the box set I have, which means it will probably be a while before I throw done the money for the next one...

"The Year of Living Biblically" by A.J. Jacobs. He's also the author of "The Know It All," which was about his attempt to read the entire Encyclopedia Britannica in one year, (which I read last year and liked a lot). This one's about trying to live as close to Biblical rules as possible for a year (with an emphasis placed on the Old Testament). My fear was that it would just be a lot of easy-target humor; of course many of the rules in the Bible are ridiculous. But he does a really good job of balancing reverence and irreverence; it's not a bitter atheist's take on the stupidity of the Bible at all, and it's really, really funny.

"In the Woods" by Tana French was a book I picked up while in Palm Springs, but didn't get around to reading until now. (Side note: Since when do books have trailers?!) It's a murder mystery set in Ireland, centered on two homicide detectives who are partners on the case, a man and woman. So it's kind of like a really elaborate episode of "Law & Order: Criminal Intent." I usually don't go for mysteries, but the book is really about the relationship between the detectives, and the history of one of them, and the mystery is just there to elaborate on that. Good stuff.

Fancy Dinners Out: Three. The first was a surprise birthday brunch for a friend at Foreign Cinema. I don't really see the appeal of that place. The service was rather lacking (we were a large party, but they really weren't very accommodating, and seemed rather put out), and the food was just OK. The side of bacon I got was pretty good, though!

Bistro Clovis was an impulsive choice after seeing "Julie & Julia." We just had to have French food, and Bistro Clovis used to be a favorite, many, many years ago. It's kind of a miracle it's still around, actually. Alas, they didn't have the dessert I remember loving so much. It was called "Fontainebleau," and was basically whipped cream and cream cheese and other fattening things molded into a heart shape, served with strawberries. I stuck to French onion soup and a salad. It was OK. Nothing as transformative as the stuff Julia Child had to eat in France, that's for sure.

Fish & Farm is a cool little place in the Mark Twain hotel downtown. I went there with full intent of having their burger, which was voted the best fancy shmancy burger in the city by 7X7 magazine. And it was dang good. But now I'm kind of obsessed with trying all the others, especially any that use grassfed beef. The rest of the menu looked pretty good too, and they do something interesting with their pricing. All prices on the menu are what you pay on the bill, which is to say they already include taxes and that "healthy San Francisco" fee that some restaurants stick on the bill. So that kind of saves you from sticker shock come check arrival time.

Behold, Singing Kitties. Everything the Internet has been working up to.

Probably not crushed enough to edit together a tribute video, but close. Thankfully, others have already gone that extra mile.

That's just the tip of the iceberg. Seriously. How could they let a guy with such a passionate--and OK slightly scary--following go?
Posted by Rain at 12:30 AM 2 comments:

Email ThisBlogThis!Share to TwitterShare to FacebookShare to Pinterest
Labels: Hunks

'Cause You Know That Baby I...

...fucking love Lady Gaga. I make no apologies. Combine the batshit insanity of someone like Nina Hagen with music that is actually listenable--and insanely catchy--and it's a pop culture win. Her VMA performance just sealed the deal.

The actual video for the song "Paparazzi" is just as nuts, if a little less bloody. And speaking of blood, it co-stars Alexander Skarsgard, Eric from "True Blood."


And finally, one of the things I most appreciate about Lady Gaga is the fact that she can actually sing. And play the piano. Check out this acoustic version of the song.

I wasn't really aware of her when she last came to the Bay Area to perform, which kills me, because it looks like her next appearance is going to be a co-concert with Kanye West. WHHYYYYYYY?????
Posted by Rain at 10:26 PM 1 comment: 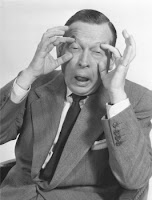 Well, Labor Day is over. Put your white pants away, and prepare for the coming chill. Except if you live in San Francisco, where "Indian Summer" is the closest we ever get to summertime.

The end of summer means the beginning of Fall TV, a time I look forward to and dread at the same time. As much as I love TV, I really do like getting a break from shows I have to watch. But, duty calls, and watch I must.

And write too. But, once again, most of it can be found elsewhere. For the next few weeks, I'll have daily posts up on The San Francisco Appeal about each night's Fall premieres, so please be sure to look for those over there.

And you can continue to see my daily picks over on the SFGate Culture Blog.

Summer is over! Time to get back to work! And prepare for the coming of Halloween, Thanksgiving, and Christmas!
Posted by Rain at 11:03 PM No comments: