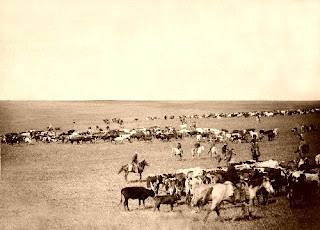 As June comes to a close, and July, with its accompanying vacation plans, comes into view, I look distractedly back at May...

Movies Seen: Twelve, with four in a theater. Some were also part of the San Francisco International Film Festival. You can read my reviews below. (I guess I liked Trishna the best out of the below.)

What To Expect When You're Expecting

None of the DVDs I watched are worth commenting one, either good or bad.

Books Read: Eleven, but to be fair, four of those were more volumes of The Walking Dead comic. The non comic books are below.

Is Everyone Hanging Out Without Me? by Mindy Kaling

Mid-Century By the Bay by Heather M. David

A Walk In the Woods by Bill Bryson

Neither Here Nor There by Bill Bryson

The Sunburned Country by Bill Bryson

So, after reading and absolutely loving Cheryl Strayed's Wild, I had a desire to keep going on a virtual hike, so I read Bill Bryson's A Walk In the Woods. That book was so fun, I just had to read more Bill Bryson, and while the two that followed weren't quite as good as Woods, I still thoroughly enjoyed them, and plan to read some more Bryson books in the future. (I love the library!)

Fancy Dinners Out: I forgot one fancy dinner in the last round-up, probably because it was at the end of April. Dinner at Harris'! Prime rib! Good!

This month there were four dinners. Kind of.

One dinner was at the Boxing Room, pre-ballet. It was good, but they don't have a full bar, and that's kind of a bummer for someone who doesn't drink beer, and steers clear of wine when possible. But still, the food was good. Normally I would have had their fried chicken, but I had had some Popeye's the night before, so went "healthy," having fish instead. I think it was trout, grilled. Tasty.

Two other dinners were really just happy hours at Bourbon Steak . They had a deal where you could get three burger sliders and a delicious special bourbon cocktail for 20 bucks. The burgers were huge, for sliders, and soooo syum.

Finally, (literally), there was tea at Crown & Crumpet. They're closing their Ghiradelli location, and hopefully moving somewhere downtown. I certainly prefer downtown to Ghiradelli, just because I find myself down there more, but I must admit they had quite a nice spot down in G Square. Too bad.

Live Shows Seen: One, Don Quixote at the San Francisco Ballet. Sadly, it was the last ballet of the season. I loved going this year, and hope to go again next year, even though none of their programs looks that exciting. Alas.

Shoes Bought: Four pairs! Two of those are vintage stilettos: this pair with orange and pink stripes, and this pair of blue patent leathers. The other two were some cheap H&M flats in blue suede and light pink satin.
Posted by Rain at 9:58 PM No comments: