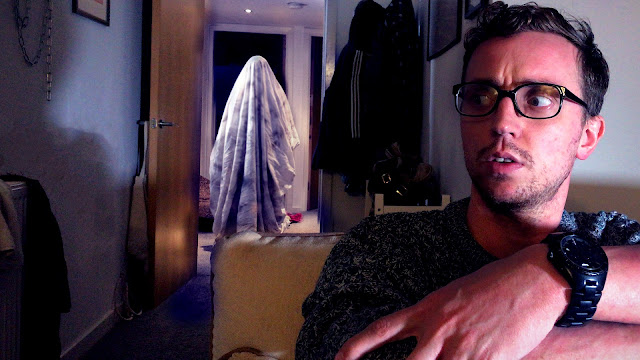 Death of a Vlogger is combination found footage horror movie and mockumentary about a Scottish vlogger who records what may or may not be some kind of haunting in his flat, and the resulting viral fame and backlash that ensues.

It reminded me, for different reasons, of two movies I featured in last year's countdown, Host, and Lake Mungo, though thematically, I imagine it's closer to Lake Mungo, as it includes your usual documentary talking heads trope, as well a back and forth narrative around what's real and what's fake.

I won't say what side Vlogger ultimately falls on, but some of its scares did make me jump, while others made me moan, "Oh man. Another Asian 'ghost' with hair covering her face? Isn't there some Scottish ghost cliche they could have used instead?" Ultimately what's most interesting about the film is not the supernatural horrors, but the real life horrors surrounding internet fame and public shaming that befall the hero.

I watched Death of a Vlogger free on Tubi, unedited, but with commercial interruptions.