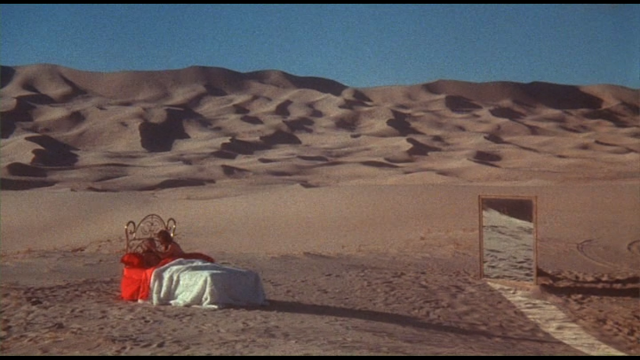 But it does have a few interesting things going for it. For one, it was directed by a woman, Stephanie Rothman. For another, it takes place in the desert, a place not known for its lack of sun and overabundance of shade, which tells you the rules for this vampire are a little different. 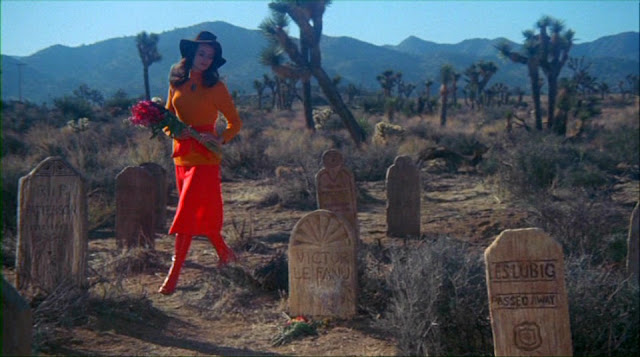 What it also has in common with Daughters of Darkness is its central vampire-as-fashion-icon. Diane LeFanu (Celeste Yarnall) spends most of the movie in fabulous red outfits or nightgowns. 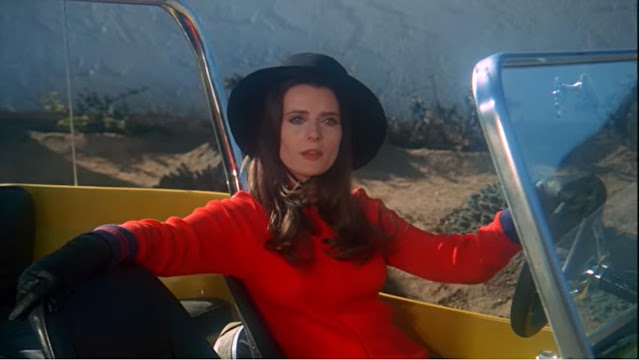 As silly as Daughters of Darkness may be, it's nowhere near as silly as The Velvet Vampire. But that leads me to this: the two have one last thing in common, it had me at the outfits, the rest of the movie be damned. 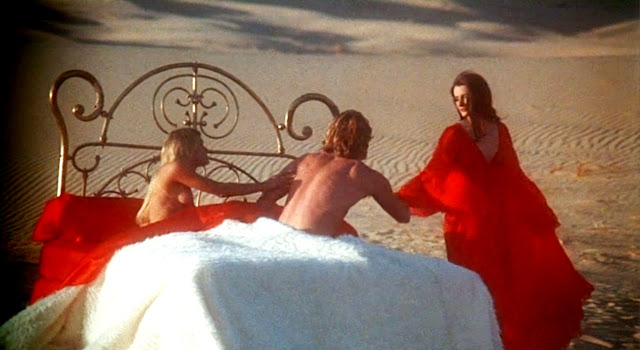 I watched The Velvet Vampire on TCM, where it will also be airing tonight (appropriately followed by The Hunger). It is also available to stream on Shudder.