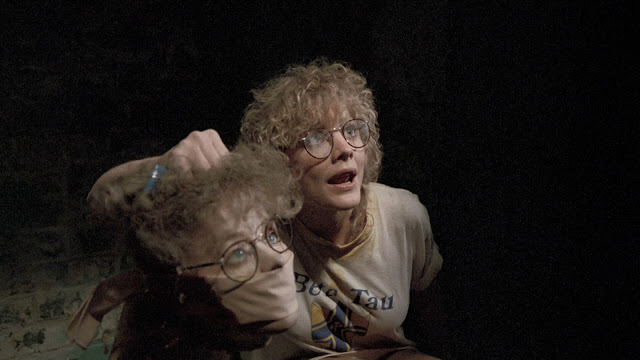 I really only watched Killer Party, a disjointed 1980's slasher-meets-demons flick because Martin Hewitt is in it. Who's Martin Hewitt? He co-starred with Brooke Shields in the movie Endless Love...and that's about it. I always wondered what happened to him. Apparently, this did.

It's not the worst slasher movie I've ever seen, and its odd combination of an April Fools Day kind of set up combined with Evil Dead-like demons definitely makes it unique. Plus, an appearance by Paul Bartel. But it doesn't have much else that makes it memorable, and damned if I can really remember much about it, a week after watching!

I watched it on TCM, but it's available to rent via Amazon Prime Video.