Like most fans of classic horror, I have long been aware that when the 1931 Bela Lugosi Dracula was being filmed, there was a Spanish version being filmed at night, once the American crew went home. They used the same sets and same script, but had a different crew and different actors, and some claim it's actually the superior version of the two Draculas.

I wouldn't go that far.

Anyone who has sat through Tod Browning's Dracula knows, it's a bit of a snooze. Based on a play, the movie is slow, stiff, and stagey, and is really only saved by Lugosi's performance, which, while definitely hammy, still gives the movie needed jolts of energy. And while Browning's direction isn't exactly dynamic, he does some interesting things with key-lighting and camera movements that are pretty impressive for the time.

The Spanish language version has neither Lugosi nor Browning, and it suffers for it. What it does have, and why it is perhaps held up as the better film, is a bit more lust, and a lot more cleavage.

But there's no doubting the film's biggest deficit is its Dracula. He's played by the actor Carlos Villarías, and...he's no Bela Lugosi. He looks more like a waiter at an Italian restaurant than a Count from Transylvania, and at times (OK, most of the time) his facial expressions are more goofy than creepy. I mean, compare for yourself. 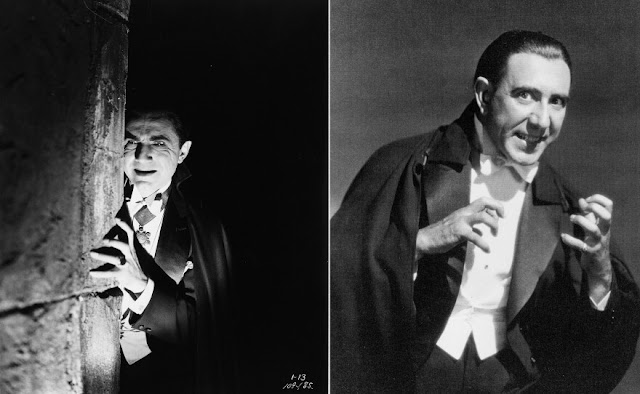 I don't think the Spanish Dracula is a must see, but I do think it's fun to watch the two side-by-side. Doing so actually made me appreciate Browning's version a lot more than I had originally! Both versions are currently streaming on the Criterion Channel.