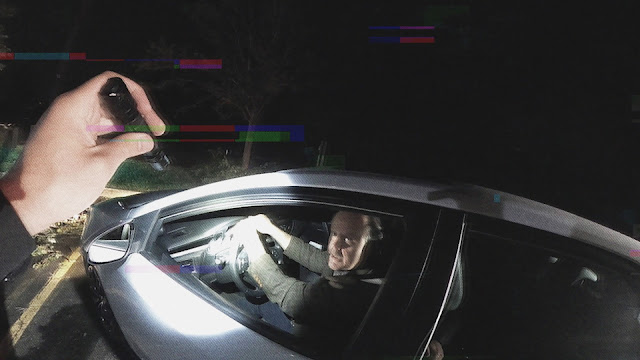 First off, I just need to say Dashcam really should have changed its title to Bodycam once it was known that there would be another 2021 movie titled Dashcam coming out. So, to be clear, this Dashcam is more of a thriller, while the other Dashcam is a more straight-forward horror film. (Haven't watched that one yet, but do plan to.)

The reason this Dashcam could have gone by a different title is that dashcam footage is only one part of the story. There's also a cop's body cam footage, and lots of FaceTime phone call footage as well. Filmed and set during Covid times, it takes full advantage of it, and how forced isolation can become comfortable, but can also lead to suspicion and paranoia. But then again, it's not paranoia if people are really out to get you, is it?

I really enjoyed this tight, modern riff on films like The Conversation, Blowup and Blow Out. It's available to stream free on several services; I watched it on Tubi.